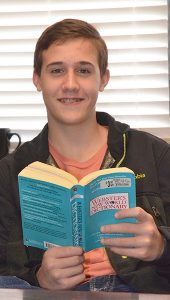 Messesnger photo/Jaine Treadwell
Gage Young, a PLAS seventh-grader, won the AISA District 4 Spelling Bee and will compete for the state championship at Huntingdon College on Wednesday.

Pike Liberal Arts seventh-grader Gage Young quickly admitted that he would rather be playing football than competing in a spelling bee.

But he also admitted that a spelling bee can get the competitive juices flowing, just in a different way.

Gage won the Alabama Independent School Association’s District 4 2017 Spelling Bee last week and will compete for the seventh grade state championship and the opportunity to compete on the national stage on Wednesday at Huntingdon College in Montgomery. Teresa Baggett, PLAS spelling bee sponsor, said Gage represented the seventh grade and PLAS extremely well and the school will be behind him as he competes in the AISA State Spelling Bee.

Gage said the spelling list that he studied in preparation for the District 4 spelling bee was not the list that was used. That was like having a curve ball thrown at him.

But Gage handled the situation extremely well. The unfamiliar list was not the greatest challenge in the spelling bee.

“Handling the nerves was the hardest part,” Gage said, with a smile and added that his hands were the recipients of his nervous energy.

Gage of Luverne attended Crenshaw Christian Academy before coming to Pike Liberal Arts School and had the opportunity to compete against a former schoolmate.

“I enjoyed the AISA District Spelling Bee and I’m looking forward to competing in the state spelling bee,” he said. “I just enjoy competing whether it’s in football or in a spelling bee.”

Some schools don’t put as much emphasis on spelling as in times past, Baggett said.

“We still stress spelling at PLAs even though computers spell check for us.”

Although computers have spellcheck, it’s still important to know how to spell, Baggett said and Gage agreed.

“We shouldn’t depend on spellcheck. We should know how to spell,” he said. “Spelling is still important.”

Spelling bees in some form have been around perhaps as long as there have been teachers and students in the classroom. Spelling competitions were around long before there were spelling bees.

The first document case of a spelling bee as such was in 1825. So, the medal that Gage won at the District 4 2017 AISA Spelling Bee carries with it a storied competitive history. 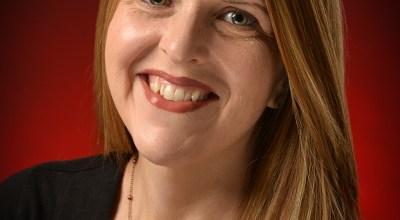 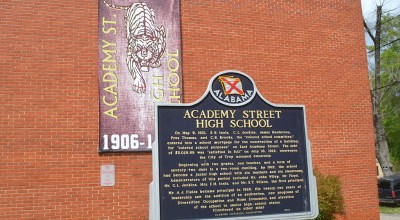