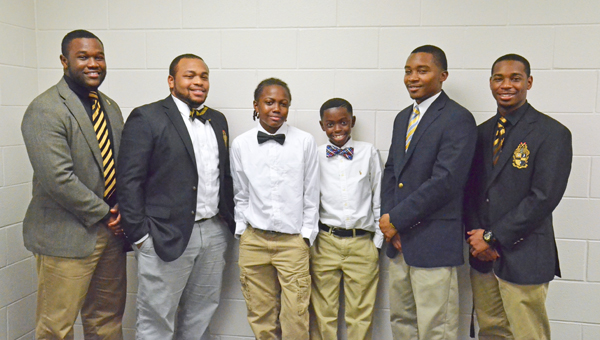 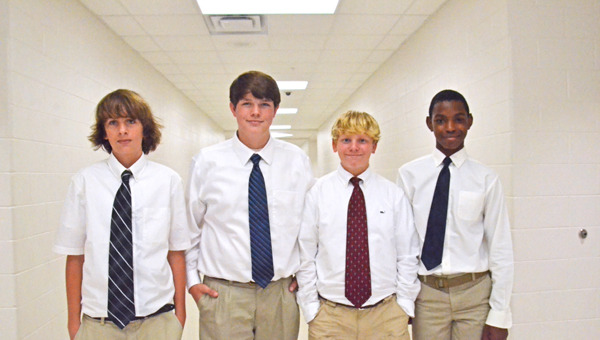 Aaron Brown, CHMS principal, said that the purpose of Chivalry Day is to show the students what chivalry means.

“Chivalry is a major component of respect,” Brown said. “CHMS has exercised chivalry for more than four years. The young men have been talked to and explained chivalry.

“Now we want the young men to see what chivalry looks like so they would demonstrate it in their daily lives not only at school but also at home with their mothers and sisters.”

According to Brown, the school offers chivalry lessons including opening doors and carrying heavy things for females to young men who may or may not have a male model in their lives.

“They should know that this is the standard we are following in CHMS, a standard of excellence in academic, athletics and social matters.”

“(Alpha Phi Alpha members) come to teach the students to have positive behaviors, self-respect and respect to others,” Brown said. “They also talk about the importance of excelling in academics.”

Herman Mitchell, an Alpha Phi Alpha brother said Chivalry Day is a much needed implementation in middle school. It is important for young men at this age to understand what it means to be a gentleman

“I applaud and appreciate the young men who dressed up and participate in Chivalry Day,” Mitchell said. “I want to encourage the rest of the students to join in.”

According to Brown, the school has received a lot of feedback about the Chivalry Day and the mentoring program.

“Teachers are impressed at how well the young men are learning (manners),” Brown said. “The (female students) were pleasantly surprised to see the young men exhibiting chivalry. They told me ‘When can you make them do that again Mr. Brown?’”

Joshua Johnson, an eighth-grader, said Chivalry Day is an opportunity for him to help people out when they need with little things.

Tyler Ward, another eighth-grader, also enjoyed the day. He found buttoned-up shirts and ties more comfortable than the school uniform.

“It’s nice that we are opening doors (to female friends),” Ward said. “I like it that we don’t have to, but we need to.”

Brown said his plan is that young men will exercise chivalry so much that it becomes a natural part of their lives. This will be an on going program and if allowed, the school will hold Chivalry Day once a month.