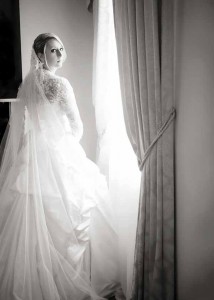 The groom is the son of Mr. and Mrs. Mark Jordan Wills, senior, of Martinez, Georgia. He is the grandson of Mr. Dennis Eugene Daye of Columbia, South Carolina, and the late Mrs. Daye, and Mrs. Thomas Jackson Wills, III, of Charleston, South Carolina, and the late Commander Wills. He is a graduate of Lakeside High School, Augusta, Georgia, and Auburn University, Auburn, Alabama, where he earned a Bachelor of Science in Building Science. He is currently employed with B. L. Harbert International.

Following the ceremony, the mother of the bride entertained guests with a reception at Greystone Mansion, Auburn, Alabama. After a honeymoon trip, the couple will reside in Columbia, South Carolina.

Christy Marie Halstead and Matthew David Wilson were united in marriage on August 11, 2012. The ceremony was held at... read more