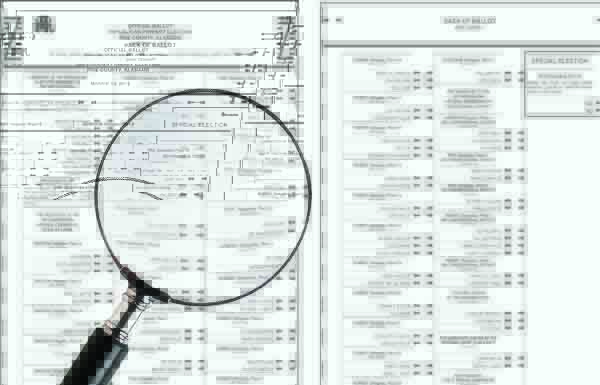 County gearing up for party primaries on Tuesday

Voters will head to the polls on Tuesday to fill out ballots in Pike County’s primary election.

Although the Department of Justice has pre-cleared new district lines, people should report to their old voting precincts and vote under their old district lines for the primary election, according to a decision by Probate Judge Wes Allen.

While voters will be declaring their preference for presidential candidates and voting for delegates to national party conventions, there are six local races also on the ballot.

On the Republican ballot, Jimmy Barron and Mike Hall are running for the county commission seat for District 3, Ryan Flowers and Brett Vann are vying for the District 4 place on the commission and Oren Fannin, Joey Jackson and Jeffrey Knight all want to be commissioner of District 6.

A referendum will also be up for a vote.

The referendum reads, “Whether the health and safety powers authorized under Act No. 2005-200 shall be effective in Pike County.” Voters should respond with a “yes” or “no” on the ballot.

Although the wording on the ballot doesn’t go into detail, the referendum, if passed, would authorize Pike County to be able to make public health and safety decisions on a county level, rather than have to wait for a State decision.

Some politicians and area residents are concerned that the law is too vague while others believe it still doesn’t give enough power to the county.

Voters can visit selfgov.net to read more about the referendum and law.