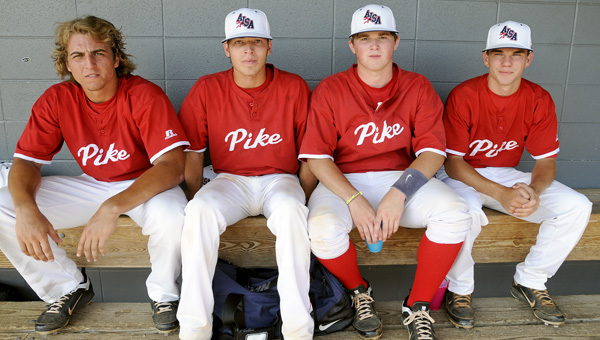 That is how 2011 AISA Junior All Star American Team coach Scott Tubbs summed up the game that featured four Pike Liberal Arts players on Monday.

“We were winning two to zero going into the third inning, (the National team) had a big inning, and we never recovered,” Tubbs said.

Floyd batted two for four in the game with a double.

McLaughlin batted zero for one with a base on balls, a run, and two RBIs.

Starling hit one for three with a RBI and a strikeout.

Stewart hit zero for two with a strikeout.

Stewart also pitched two innings, striking out two and giving one run. “He did a fine job when he went into pitch. He kept the guys off balance a bit,” Tubbs said of Stewart’s pitching.

“A lot of guys hadn’t been playing since the season was over,” Tubbs commented. “A lot still had rust on them.

“There are a lot of good junior ball players in the state.”

The all-star game was played at Troy University’s field.

PLAS Sam Carroll played on the senior team as well.