United for a cause 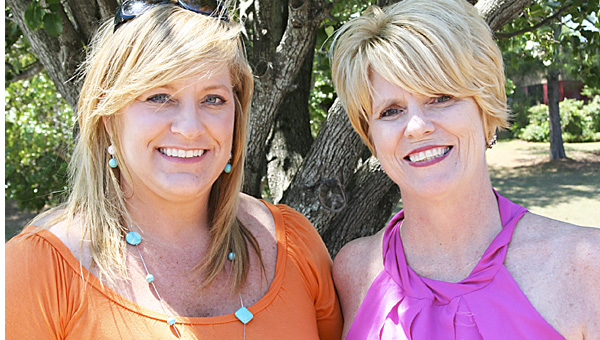 Taylor Cox Jinright and Pam Nix are co-chairs for Relay for Life.

co-chairs of the 2011 Pike County Relay for Life, Pam Nix and Taylor Jinright view the campaign from a different perspective but they “see” it exactly the same.

Nix is a cancer survivor and cancer has found its way into her family far too many times.

Jinright, however, has been richly blessed. Cancer has kept its distance from her immediate family.

For Nix, participating in the annual Relay for Life fundraising campaign is a way to give back. For Jinright, it is a way to pay forward.

For both, it’s a response to what their hearts are calling them to do.

“So many people are affected by cancer and it plays no favorites,” Jinright said. “It could be me or one of my children, a family member or a friend. I’ve been involved in Relay for five or six years because I know how important it is to continue the fight against this terrible disease. It’s something that is worth doing. Many lives are being saved because of the efforts of Relay and we all can be a part of that. None of us can take our health for granted so we all need to be involved.”

Nix said there is nothing worse than not having one’s health.

And, having cancer is devastating, so devastating that she could not even say the word.

Nix compared having cancer to being hit by a truck and seeing it coming back to run over you again and not being able to get out of the way. “That’s what having cancer is like,” she said. “The first time that my heart was broken by cancer was when my friend was diagnosed. Then my dad had cancer and my mom has battled the disease. I’ve had to fight my own battle. And, I keep fighting in hopes that others won’t have to.”

Nix and Jinright take the fight to cancer through Relay for Life. Battles are lost and battles are won. “At the Survivors’ Dinner Tuesday night, we celebrated the victories over cancer,” Jinright said. “And, looking at all of those wonderful people who have fought and won their battles lets us know that Relay is worth while.”

Those victories and many others will be celebrated during the Survivors Walk at 6 p.m. Friday at the 2011 Relay for Life event at the Troy Recreation Park soccer fields.

“The Survivors Walk is what Relay is all about,” Jinright said. “It’s why we Relay.”

For Nix, the Survivors Walk is the hope of tomorrow for those with cancer.

“The first year that I was diagnosed, I wasn’t able to walk,” she said. “I couldn’t wait until the next year so I could walk. I’ll never forget how good it made me feel to have all of those people cheering for us – for me. I cried all the way around.”

Nix remembers the last Survivors lap that her dad, Bobby Penn took. “He had to really work hard to make it around that last lap but he made it,” she said. “When you have cancer things change daily. You want a victory and that Survivors Walk is that victory.”

Because the Survivors Walk is so important to those who “walk the walk,” Jinright said everyone is encouraged to stop whatever they are doing and circle the track and cheer the victory lap of these warriors.